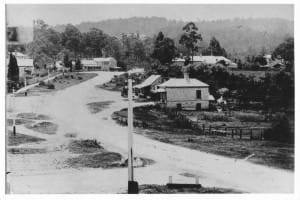 Prior to European settlement the thick forests flanking Mount Lofty were sparsely populated. Mount Lofty and its neighbour Mount Bonython were sacred to the Kaurna people of the plains, the Peramangk of the eastern Hills, the Ngadjuri to the north and the Ngarrindjerri along the Murray and the south coast. The high, wooded country was traversed by all of these nations, but none made it a permanent home.

After the proclamation of the colony of South Australia in 1836, the Tiers, as the Hills were first known, became a haven for those on the fringes of society. The Tiersmen were a mix of runaways from ships, escaped convicts from the eastern states, timbercutters and bushrangers.

To tackle this lawlessness, the government surveyed the area and granted sections of land for sale to encourage orderly development.

Clearly the Tiers required law and order. The Colonial Government tackled this problem by surveying the area and granting Sections of land for sale and development. 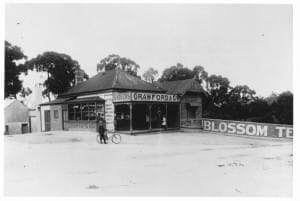 Prankerd and Stuckey quickly had Section 45 subdivided into 53 allotments as the township of Stirling. The allotments abutting what we now know as Mount Barker Road were smaller than the other allotments and were planned to be the commercial centre of the town. Stirling was named by Prankerd after a close friend, and possibly a business associate, Edward Stirling MLC who lived at Strathalbyn but often traveled through Stirling when traveling to and from Adelaide. His son, Sir Edward Stirling, built the historic property St. Vigeans and was the first Chairman of the District Council of Stirling.

The north-western part of Stirling developed in the late 1870s, spurred along by the coming of the railway. Many fine summer houses were built in near the Mount Lofty railway station by the wealthy elite of Adelaide, who sought respite from the baking heat of summer. Their gardens, blessed with a cooler, damper climate, became something of a competition among the landowners and their gardeners, with exotic plants brought in from the Orient, Europe and America. The legacy of this gardening obsession can still be seen in the streets and gardens of Stirling. 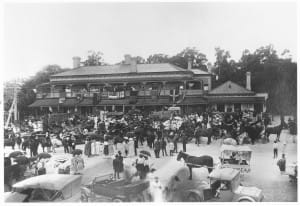 Stirling was a stopping-off place for the changing of coach horses. The Stirling Hotel was originally known as the Halfway Inn, a reference to its position between Adelaide and Mount Barker.

SA’s Centenary in 1936 had a significant impact upon the district including the Stirling Oval, donated by the owners of the adjacent hotel. The Stirling Centenary Committee developed the oval and built the oval steps, assisted by a remarkable volunteer effort from the local community. Stringybark trees were used for goalposts until the first proper goalposts were donated.

Once separated from the city by steep, winding, poorly-lit roads, the arrival of the freeway in the early 1970s made Stirling easily accessible and the town grew into the bustling community you see today